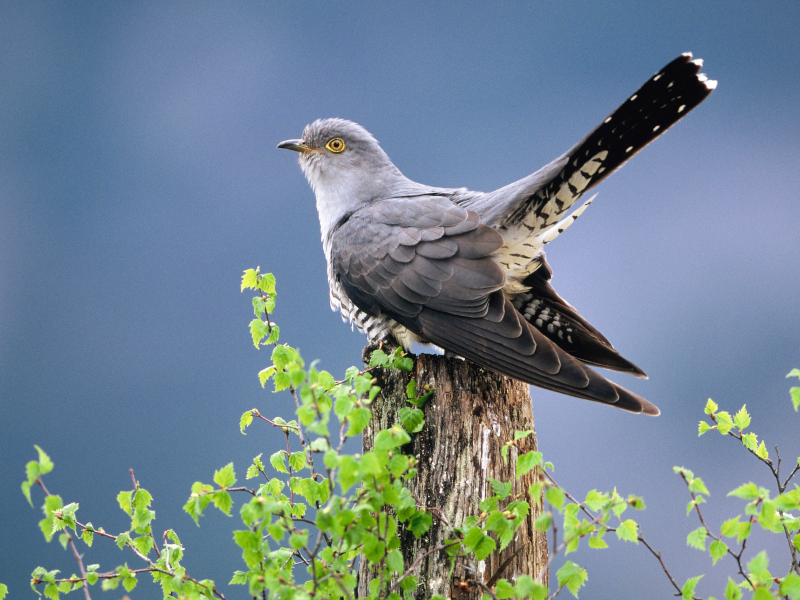 May on our Farms

There’s no better month to be out on our farms than May.  The birdsong is overwhelming, the hedgerows are white with hawthorn blossom, the meadows are beginning to flower, and some very special butterflies are on the wing.

SPRING ARRIVES LATER UP ON DARTMOOR

On the higher parts of our Dartmoor farms spring has arrived a little later, and although the ground was starting to green up, it was only the vivid green of the stunted willow, hawthorn and birch trees that reminded me that it was actually May.  I’d come to a vast area of moorland edge near Haytor, land that’s grazed by Russell Retallick’s Aberdeen Angus cattle. The light grazing is important for maintaining a mosaic of scrub and more open areas, which is really good for wildlife.  My colleague Luke had been raving about how rich it was, and I wasn’t disappointed. 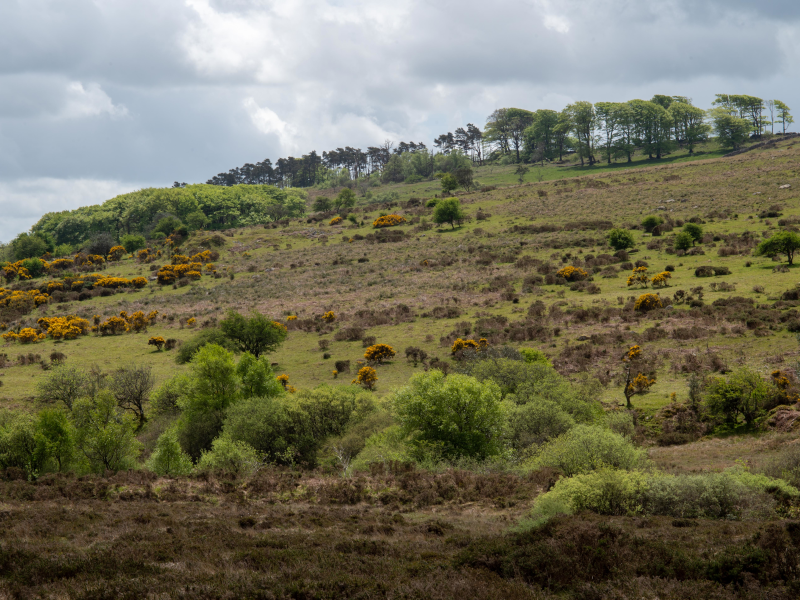 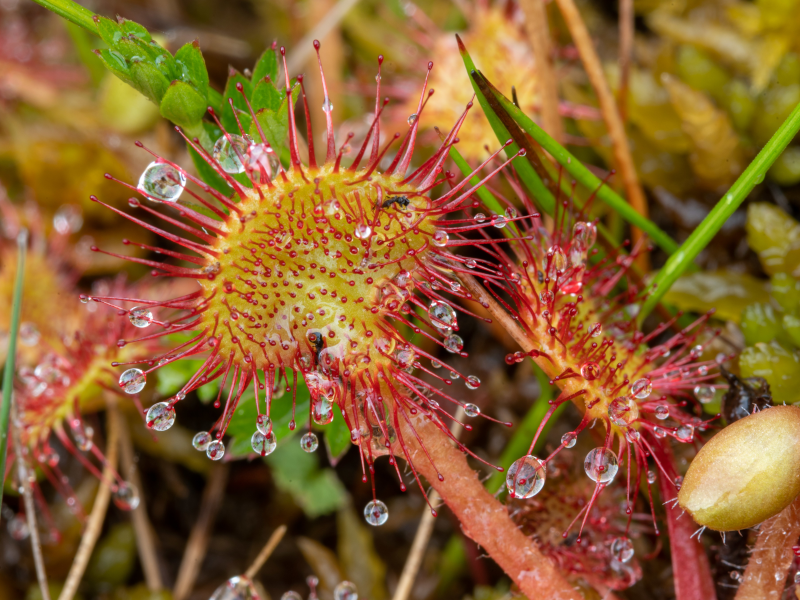 It was clear that the damp Rhos Pasture in the valley bottom was wonderfully diverse, and I was particularly pleased to find the carnivorous plant sundew in the boggier areas. There were also plenty of marsh violets and devil’s bit scabious, critical plants for some very rare butterflies that would be emerging in a few weeks: the violet is the food plant for the caterpillars of the small pearl-bordered fritillary, and the scabious for my personal favourite, the marsh fritillary.

It wasn’t long before I heard another Dartmoor speciality, a cuckoo, calling from one of the willow bushes. They arrived from Africa late in April, and May is when they dominate this landscape with their calls, before heading off again by the end of June. They’ve come to lay their eggs in meadow pipits’ nests - small streaky brown birds that thrive in rougher pastures and moorlands. Some people see cuckoos as devious or lazy because they trick other birds into rearing their young. But I’ve only ever been fascinated by the incredible story of how they pull off this trick. 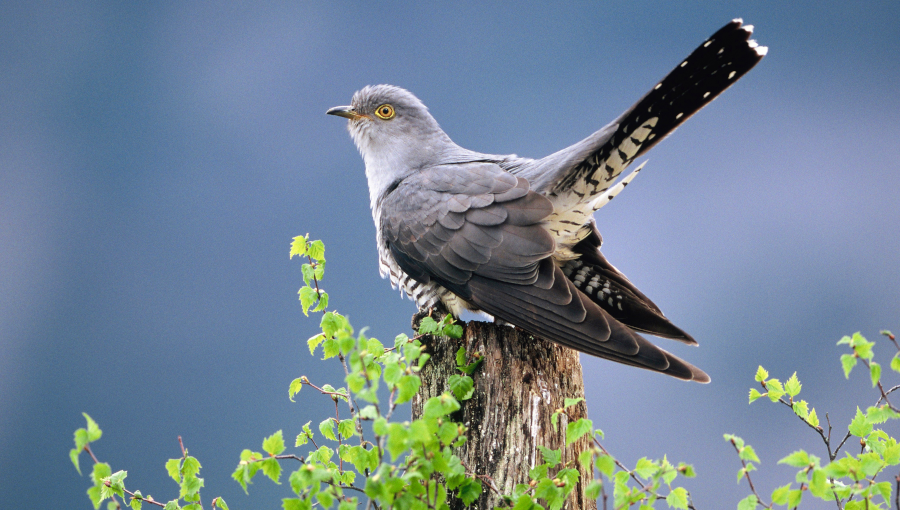 While the male calls and defends a territory, it’s the female cuckoo that does the really hard graft.  First, she sits and watches, for hour after hour after hour. By observing all the meadow pipits in the area, she identifies precisely where each pair has its nest, hidden in the grass and scrub, and even more incredibly she works out precisely when they are starting to lay their eggs. She waits until the parents have left, then swoops in, lays her own egg, eats one of the pipits’ eggs and leaves - all of which takes less than 10 seconds. Her egg is a remarkable match in terms of colour, and only slightly bigger, despite the fact that she weighs 5 times more than a pipit.

A female cuckoo will lay an egg in as many as 25 different nests. If she’s spotted, the pipits abandon the nest and start again, but usually, the deception works, and as soon as the cuckoo chick hatches it will evict all the pipit eggs or chicks. The deception continues - the cuckoo chick makes sure that it gets as much food as a whole nestful of pipit chicks because its begging call imitates several pipit chicks calling at once. The duped pipit pair will feed the chick for 5 weeks, then in July or early August the cuckoo fledgling will head off to Africa. What an incredible bird! 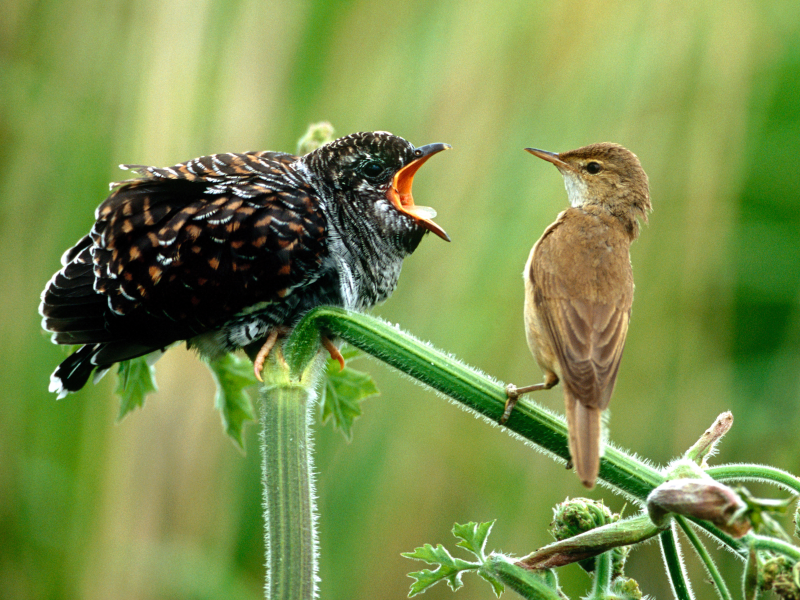 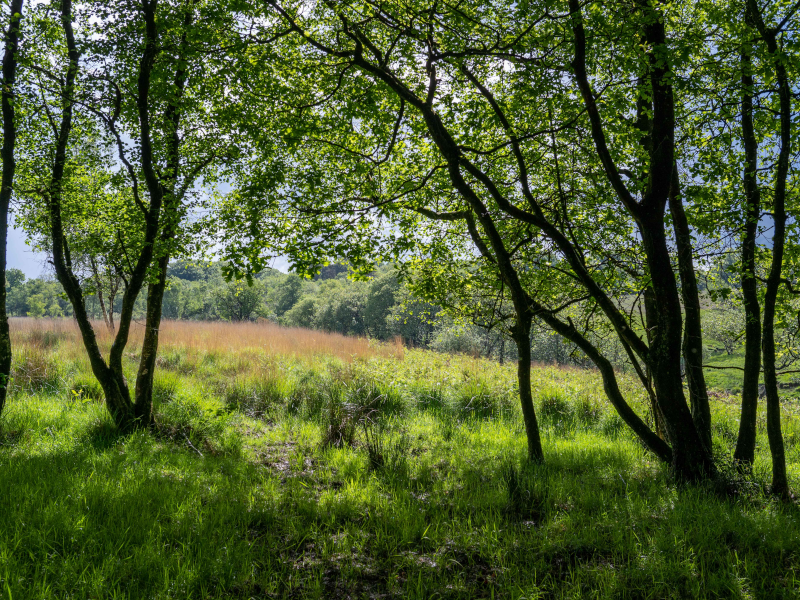 As well as the dozen or so South Devon farmers Farm Wilder works with, we are always looking out for potential new farmers to join.  A couple of weeks later, in the final week of May, Luke and I travelled to a North Devon farm that we are hoping to start working with. It’s home to a large area of Rhos Pasture, as well as damp woodland, which is itself an important habitat - we could hear pied flycatchers and redstarts calling from these woods, and in the past, there have been records of the highly endangered willow tit.

THE FRITILLARIES ARE FLYING

In the meadows, the purple flowers of marsh orchids and meadow thistles were just starting to show, and as the sun came out butterflies began to appear. First, a small pearl-bordered fritillary, an hour later a marsh fritillary, and then, as the sunny intervals got longer and the temperature rose, more and more marsh fritillaries appeared above the meadow, flitting from flower to flower and spiralling up into the air as they battled with each other. It was the first of either butterfly I had seen this year, and proof that this incredible farmland is as important for wildlife as we had hoped. It’s easy to get disheartened about the state of our countryside if you visit too many intensively grazed fields where little but rye grass grows, and where the hedges are too heavily trimmed to support much life. But this wild and wonderful farm renewed my faith in just how beautiful and overflowing with wildlife our countryside can be if we farm a little less intensively and give nature a chance. 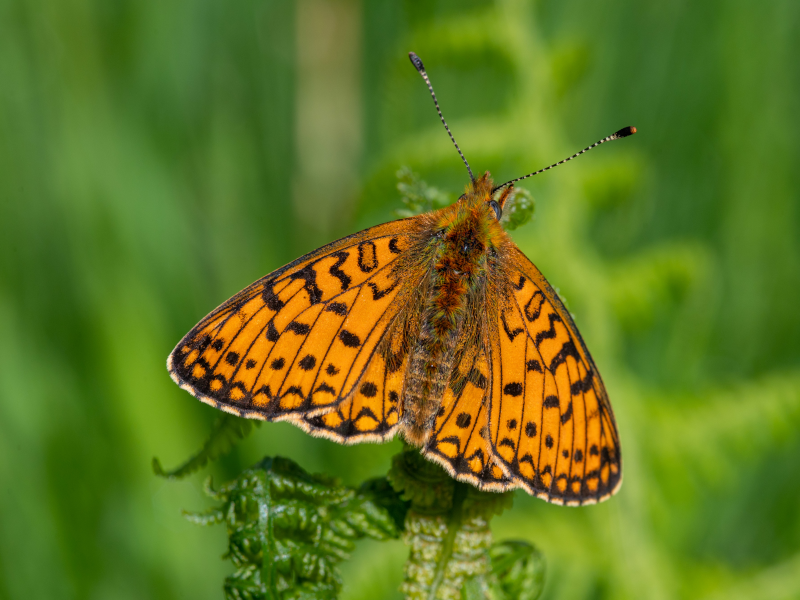 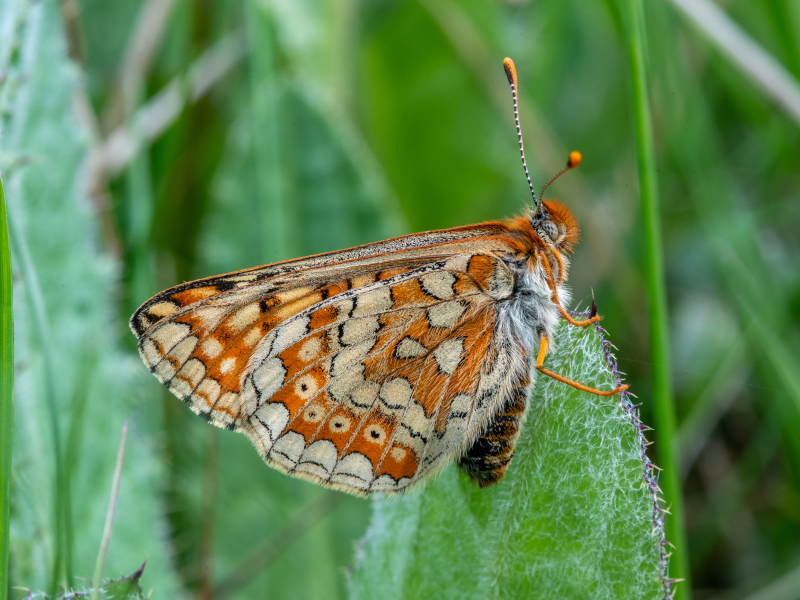 Back to the wilder Journal
Posted in Farm Wilder News, News from the Farm, Uncategorized