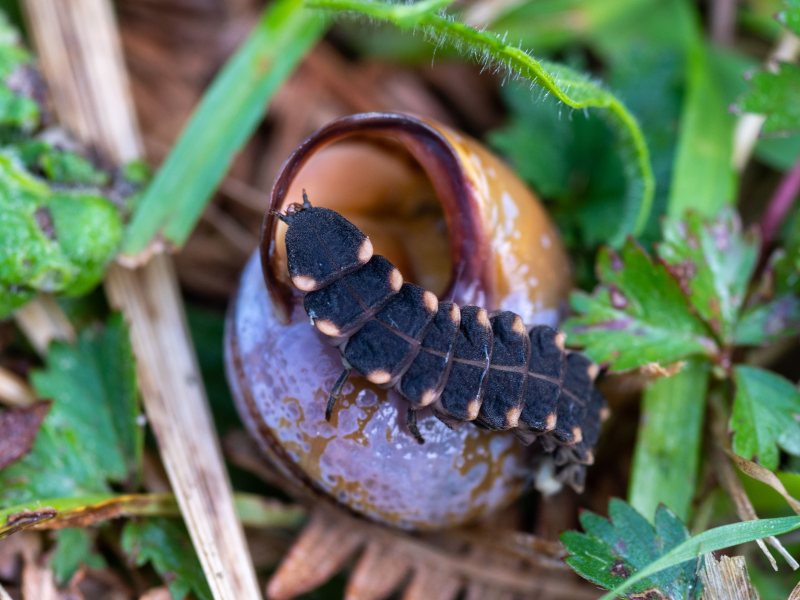 Farm Wilder founder Tim Martin spent the morning in a Forestry England woodland, photographing and filming rare butterflies and managed to snap the elusive Pearl-bordered fritillary which can be seen throughout this blog. During his shoot, Tim also spotted a glow-worm feeding on a snail!

The glow-worm is not actually a worm as their name would suggest, but is in fact a beetle!

These curious insects inhabit meadows, grassland and hedgerows and live for up to three years as predatory larvae, living under rocks and hidden deep within grassy tussocks where their diet consists mainly of snails. Once matured, these creatures emerge as adults who are active for just a few weeks in late June and early July. The adults don't feed, but instead put all their energies into mating.

This is just one of many insects that has shown a resurgence in numbers due to responsible and ethical forest management by Foresty England. 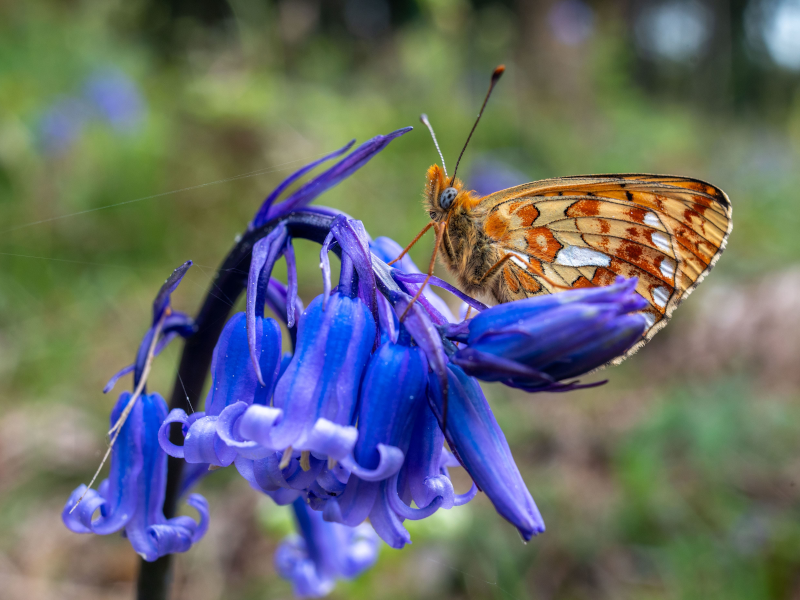 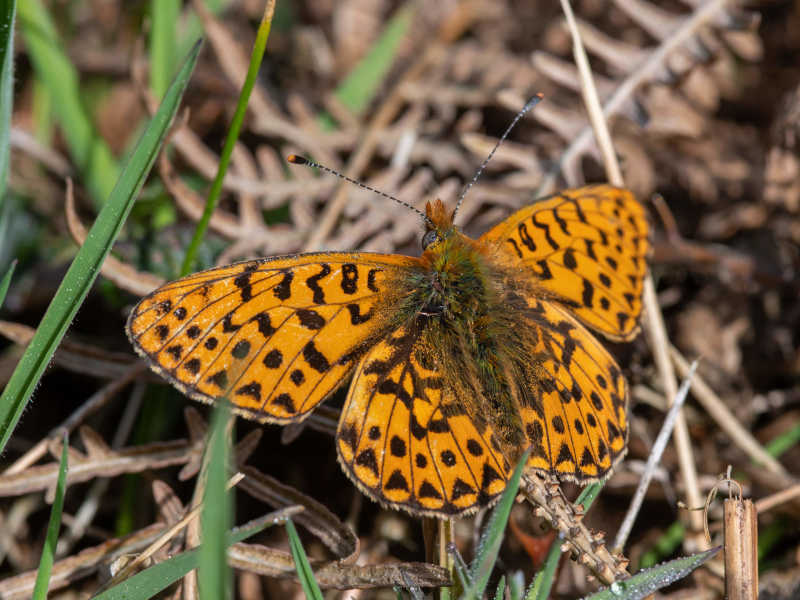 An adult glow-worm can grow up to 25mm long (that's about the length of your thumbnail) with the females generally being larger than the males. Other than the size difference, you can spot a female due to their 'bioluminescence' that produces a glow which the insects are known for.

While males are also capable of emitting a small glow, the most notable difference between the two is that males develop wings whereas females do not.

This can make it challenging to differentiate an adult female glow-worm from a glow-worm larva, but the easiest way to tell the two apart is by carefully looking at their body segments. Glow-worm larvae will have light spots on either side of each body segment which helps identify which stage of life it's at.

Glow-worms do all their eating as larvae and feed on slugs and snails by injecting their digestive juices into their prey and drinking the digested remains (similar to how a spider feasts on its prey).

Since adult glow-worms choose to spend all of their energy mating, they do not develop mouthparts and therefore don't eat any food!

WHERE TO FIND ME

Glow-worms are mainly native to areas of Wales, the South of England and some areas of Scotland. In particular, they inhabit grassland and woodland edges.

The best time to spot a glow-worm is during the summer, specifically late June and early July. Look out for bright lights after it has become completely dark outside. The less artificial light there is in the area, the higher the chance you'll see a glow-worm. 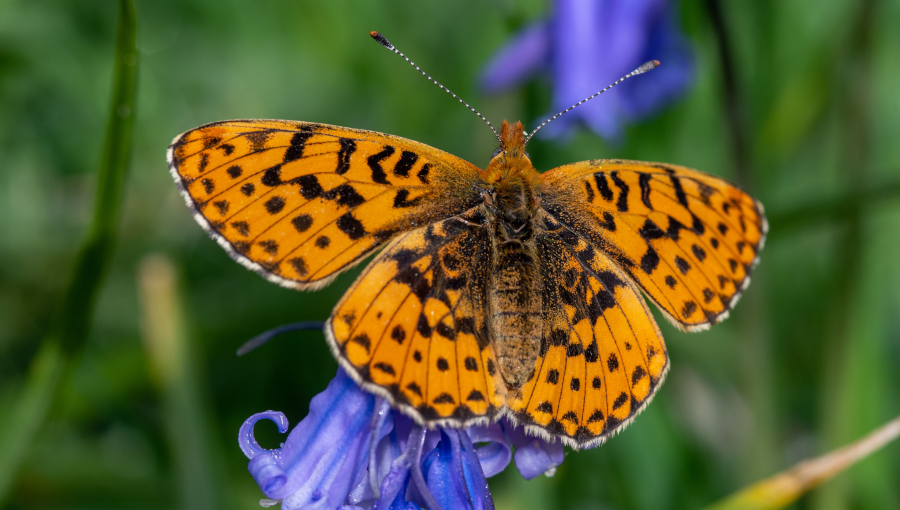 You’ve probably heard about the decline of British wildlife, how once common species like hedgehogs, sparrows, glow-worms and the Pearl-bordered fritillary have become extremely rare.

Much of that is down to how we farm.

Because almost three-quarters of Britain is farmed, the only way to bring back wildlife on a really significant scale is to change how we farm. Farm Wilder works with farmers to improve habitats for wildlife right across their farms and encourages them to farm less intensively by paying a better price for their produce. 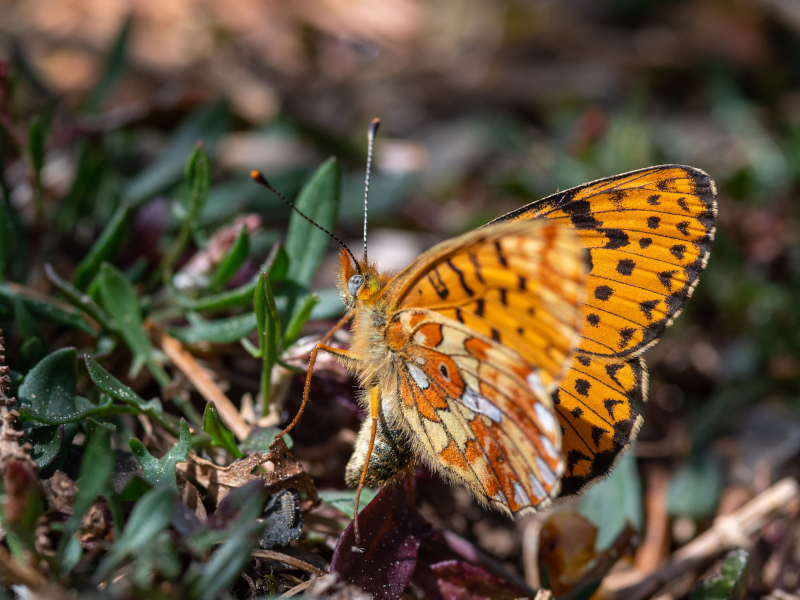 Our Venison is proudly sourced from Foresty England forests and therefore has the Glow-worm's best interests in mind.

Back to the wilder Journal
Posted in Farm Wilder News, News from the Farm